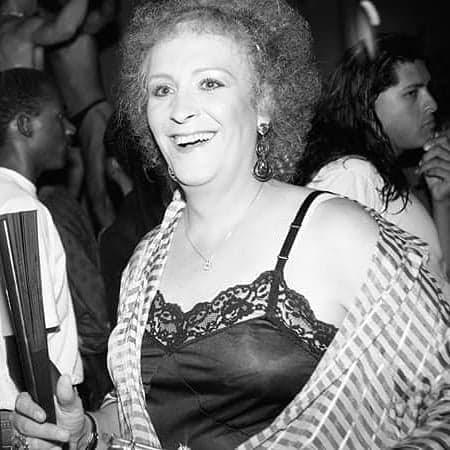 A personal story and a fundraising appeal:

I dropped out of the Ivy League trajectory when I was 24 and my closest comrades started to drop from HIV. Because of my Bronx street smarts, I barged into the New York Native newspaper and demanded a gig reporting about the epidemic (I had no journalism training). I never just wanted to let shit pass by without doing something about it! When I came to L.A., I did the same with the LA Weekly and the LA Times. But there was a lot I didn’t know about AIDS, suffering, and people different from me, people of color and transgender people. That is when I met Diva Connie Norman, the first trans activist I had ever grown close to. Connie had the fire of a visionary, the wisdom of a mother, the sass of a street prostitute, and she could kick a cop’s ass. I was a reporter, but she encouraged me to get arrested too, and she held me in my arms while booming “Silence=Death” to the swarm of police in Chicago about to get us. We got to know each other during the Ten Day Vigil at LA County USC in January 1989 which won the community a specialized AIDS Ward. I wrote a cover story in April 1996 for the L.A. Weekly. I was can send anyone that piece about which I am very proud (Hat tip to editor Kit Rachlis). I was nearby Connie as she lounged in her hospice bed, smoking cigarettes and talking about the movement and her legacy. She believed she would meet queer medicine people in her journey out. Connie died with enormous dignity, a link to a long line of ancient shamans.

These many years later, her life is making a come-back, during this visionless Trump, commercialism , impending global warming and when the yungins’ have forgetten who gave their lives so we could fight another day, and when trans people are still being killed on our very streets! My close friend and filmmaker Dante Alencastre has produced and directed a gorgeous and informative documentary (me and a lot of activists are in it) on the late AIDS Activist and LGBTQ media spokesperson Connie Norman. I am proud to say that I am on HOST Committee to help raise $10,000. One way you can support this major movie making project is to come to Highways Performance Art Space for its 30th-Year anniversary (I co-developed Highways in 1989 and was on its board during a key period) on Saturday, June 28, 8:30-10:30 p.m. The cost is $50, here is the link to buy you ticket: https://highwaysperformance.org/event/aids-diva-the-legend-of-connie-norman/
If you can’t come and/or would like to make a larger donation, or even a smaller one, anything will help, please contact me at 213-924-9149 or DM me here.