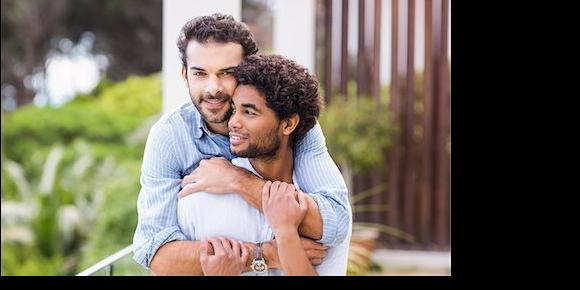 This jubilant zeitgeist of transformational gay expressiveness inspired a fresh new generation of therapists and psychologists during the 1970s and 1980s. I find it so compelling and heroic how these early therapists threw caution to the wind to “come out” in their professional careers as never before. This feels big to me. The therapist is “in.” The therapist is “out.” These early therapists broke down the notion of psychoanalytic abstinence and blank elatedness out of a sense of ethics.

To remain in the therapeutic closet when helping people come out of the closet now seemed morally unethical to post-Stonewall therapists, who had already given the middle finger in their personal lives to people who did not accept them for who they were. Influenced by the work of Carl Roger’s epochal 1972 work, Becoming a Person, these newly out gay therapists adopted the position of the therapist’s capacity for “prizing” the client, for holding an attitude of “unconditional positive regard” toward the client, and for working to achieve “congruency” of mood and action with the client. Rogerian practices became gay Rogerian practices. Why keep acting the role of the distant and cold therapist when all of us were struggling to love ourselves as homosexuals? Why not share how the therapist has struggled to deal with homophobia and self-hating voices as an important means by which to help clients facilitate their own journey of gay self discovery? Why not transform feeling “sick” and “alone” into another kind of statement: “I am angry that I was made to feel so sick and alone by familial and societal homophobia!” These early affirmative trailblazers developed psychotherapy practices that spoke to certain problems their long-neglected LGBTQ clientele suffered. A psychological/political movement based in “naming” the nature of pain as a symptom of homophobic child abuse might then empower the client to see that “homophobia” was the cause of their suffering, not their innate badness.

I was contemplating all this when reading two important books: Mitch Walker’s Men Loving Men: A Sex Guide and Consciousness Book and Don Clark’s Loving Someone Gay, and Betty Berzon’s Positively Gay. These are two crucial books that usher in the field of gay affirmative therapy. Imagine being a lesbian person dealing with a suicidal depression due to a break-up and walking into a therapist’s office who was herself an “out” lesbian and knew the pain from which you spoke -- the woman you loved felt to you like your everything: mother, sister, lover, friend—and then you lost her! What a sea-change to have a therapist resonate with lesbian love, yearning and loss!

The implications of this new opportunity for psychological healing astounded me when I first started my own therapy and delighted me as I considered my own role as a student therapist. As I got to know Samuel better, I realized he had deep-seated problems that he had covered up when we were first dating and that I conveniently did not allow myself to see. For example, clue abounded that his heart belonged to someone else. I wanted to tell everyone I knew (and especially him) about this new idea: a therapy created with the special needs of the queer client who keeps secret as a rule of thumb in mind. A therapy of gay liberation for a gay person who always feels secretly enslaved to self-hatred.

As I found myself becoming inspired by the implications of this new movement of gay-informed therapy and realized also how far we as a community had to go before these ideas might become more grassroots, I wanted to systematize what I was learning. I turned to the Feminist notion of Three Waves of Feminism—as epitomized by Mary Wollstonecraft in the 19th Century, Simone De Beauvoir in the 20th, and Judith Butler in the 21st—to develop a model for studying the waves of affirmative thought.

Many First Wave Affirmative thinkers became active in the community as organizers and public activists, holding groups, workshops and educational in-services in clinics and the like. A few of the early gay-affirmative classic texts included: Mitch Walker’s Men Loving Men (1977); Don Clark’s Loving Someone Gay (1987), Betty Berzon’s Positively Gay (1979), and Richard Isay’s Being Homosexual: Gay Men and Their Development (1989). This rapidly evolving discourse enthusiastically encouraged therapists, researchers and educators to unconditionally accept the homosexuality, bisexuality and gender variance of their clients as natural and inherently healthy to the growing person.⁠

Soon I detected a new development in the affirmative therapy field, what I now called a Second Wave. To me, this new surge of theory and practice was inaugurated by Mitch Walker’s vision to bring a homosexual perspective to Jungian psychological theory and practice in a way that had never yet happened. In his pioneering 1976 paper, “The Double: An Archetypal Configuration,” Walker proposed a same-sex figure in the human psyche embodying the spirit of homosexual Eros and connection, an innate pattern of meaning called “the Double” of one’s literal biological sex with parallel potentials and functions to the contrasexual figure of the anima. Here he analyzed myths and stories such as Plato’s Symposium and The Epic of Gilgamesh to explore some of the positive and negative aspects of this archetype, such as the magical twinship qualities of loving rapport in the Partner, the pedagogical Youth-Adult dynamic, and the oppositional Competitor, which suggest what roles the Double may play in the homosexual person and in all human psyches.