How Does Gay-Affirmative Therapy Evolve? 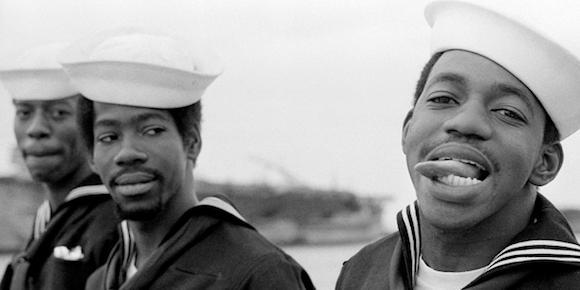 How does gay-affirmative therapy evolve? In this book, I place myself as an observer of the prideful exuberance and sexually revolutionary disruptive energies erupting from the 1969 Stonewall Rebellion. Stonewall is considered to be the birth of the modern gay civil rights movement. Queers, trans people, young people, people of color, rebel against police harassment. A new era of standing up for oneself as a homosexual, bisexual and gender variant person had been born through fury, outrage and speaking truth to power.

Groundbreaking writings in psychology, history, poetry, fiction and sociology arise to celebrate and extend Stonewall’s spirit. This will be called Gay and Lesbian Studies. I am taken by the works produced by the team of  Karla Jay and Alan Young, and their key text Out of the Closets: Voices of Gay Liberation (1972) and then The Gay Report: Lesbians and Gay Men Speak Out about Sexual Experience and Lifestyles (1979). How I love the dozens of voices collected here for their radical spit-fire, inclusion, gutsiness, street-smarts and urgent desire to help homosexuals feel “good” about being homosexual. “Look out, straights,” writes firebrand Martha Shelley in her “Gay is Good” clarion call:

Here comes the Gay Liberation Front, springing up like warts all over the bland face of Amerika, causing shudders of indigestion in the delicately balanced bowesl of the movement. Here come the gays, marching with six-foot banners to Washington..And I am personally sick of liberals who say they don’t care who sleeps with whom, it’s what you do outside of bed that counts…Well, it’s too late for liberalism. Because what I do outside of bed may have nothing to do with what I do inside—but my consciousness is branded, is permeated with homosexuality (Shelley, 1972, p. 31).

This jubilant zeitgeist of blossoming gay expressiveness inspires a fresh new generation of therapists and psychologists during the 1970s and 1980s. I find it so compelling and heroic how these early therapists victoriously threw caution to the wind to “come out” in their professional careers as never before. This feels big to me. These early therapists outed themselves out of a sense of ethics.

To remain in the closet when helping people come out of the closet now seemed hypocritical to post-Stonewall therapists. They had already figuratively speaking given the middle finger in their personal lives to people who did not accept them for who they were. Why keep acting the role of the distant and cold therapist when all of us were struggling to love ourselves as homosexuals? Why not share on occasion how the therapist has struggled to deal with homophobia and self-hating voices as an important means by which to help clients facilitate their own journey of gay self discovery, to feel less “sick” and less alone? In facing this problem of moral transparency, these early affirmative trailblazers developed psychotherapy practices that appealed especially to their long-neglected LGBTQ clients.

I was contemplating all this when reading two important books: Mitch Walker’s Men Loving Men: A Sex Guide and Consciousness Book and Don Clark’s Loving Someone Gay, and Betty Berzon’s Positively Gay: Imagine being a gay or lesbian person dealing with a suicidal depression due to a gay break-up and walking into a therapist’s office who was herself and “out” lesbian and knew the pain from which you spoke when the women you loved felt to you like your everything: mother, sister, lover, friend—and then you lost her! What a sea-change to have a therapist resonate with lesbian love, yearning and loss!

[The above art is from Alvin Baltrop (1948 - February 1, 2004). He was an American photographer. Baltrop's work focused on the dilapidated Hudson River piers and gay men during the 1970s and 1980s prior to the AIDS crisis].